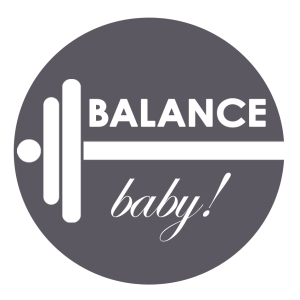 Practical and down to earth: how to combine a busy lifestyle with a healthy lifestyle.. while having FUN

Some of us will remember our grandparents having the custom of eating fish on fridays. Some families still do. It’s a religious thing. I guess religion can be very healthy *wink*

In the Catholic culture Friday used to be the day of sobriety; no luxuries permitted. So people eat fish on Fridays. It also had another reason: the fish is a Christian symbol of spiritualism and purity. Its why you find it in a lot of medieval Vanitas paintings and on the back of eh.. Christian cars..

Funny thing: for centuries Catholics were practicing a religious custom, not knowing health SCIENCE would actually applaud it later on. Cause yes: Fish is good. –proper fresh fish that is-

Why? Because it contains Vitamines A, B12 and a bit of D. But most important: it contains a lot of Omega 3 fats.

Some companies claim Omega 3, 6 and 9 (fats) are extremely healthy –it’s a hype. You see it on a lot of packaging “contains Omega 6!”. But apparently the Omega 6 and 9 benefits are BS. Omega 6 is even said stimulate inflammation. But Omega 3 is very good.

You’ll find it in fish (and flax seed). Especially the ‘fatty’ (oily)  fish (Salmon, Trout, Tuna, Herring, Sardines and Mackerel). But know that the benefits of these omega boosters are lost if prepared wrong.

The fish loses its nutritional value when it gets dry. Broil, steam and grill are best; don’t overcook.

Eat fish at least twice a week. Once a fatty type. Don’t waste your money on other Omega 3 products/supplements (unless you have a heart disease or something like it. Check your GP though, cause in that case you might be taking medicine that works like Omega 3 in the body.. way too much of anything is never good).

-Spinach: don’t forget, you can eat it raw; high nutritional value there (IRON BABY, but also loads of vitamines)! Spinach should be eat in combination with a dairy product (or just an egg), because spinach takes out calcium from the body. An egg balances it out. Apparently spinach is not that healthy combined with fish, because the minerals of both ‘click’ together to form nitrates. These aren’t that good for us… -Again, that is unless you add something with calcium. (We should change our kitchen to lab’s. Cooking can be close to science if you really want to be ultra picky about it 😉 -aint healthy either )

-Unpolished rice: low on the glycemic index -In short, that means its low on carbs, far lower then the polished types of rice. Healthy and good in low-fat diets!

-lemon: is good. tip: after finishing dinner, rub the lemon on your teeth. Its a natural whitener. Don’t do it more than once a week: cause then it will harm the enamel on your teeth (yup. all about balance. again) 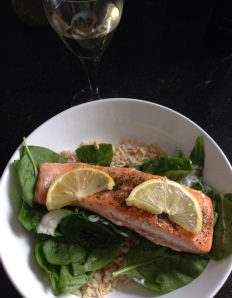